St Mary’s is a venue with a fantastic heritage. It was built as one of the Commissioners’ Churches, a collection of churches established in the early nineteenth century in thanksgiving for and as a celebration of Britain’s victory at the Battle of Waterloo. Construction was completed in 1824.

The architect chosen for St Mary’s was Sir Robert Smirke, best known for the design of the British Museum’s facade.  Smirke used his favourite Greek Revival style to build a simple brick box, ornamented externally by a semi-circular stone portico of six columns on the south façade, surmounted by a tower. The upper round-headed and lower square windows were originally glazed in plain glass, in contrast to the coloured and stained glass installed during the church’s mid-Victorian alterations.

A major project to restore the church to its original Georgian splendour began at the end of 2000. The remit was to preserve the existing structure and restore the church to its former glory whilst making it accessible and appropriate for modern day use. The lower ground floor was excavated and developed and toilets, a kitchen and meeting spaces were added. The bulk of the works were completed by June 2002. 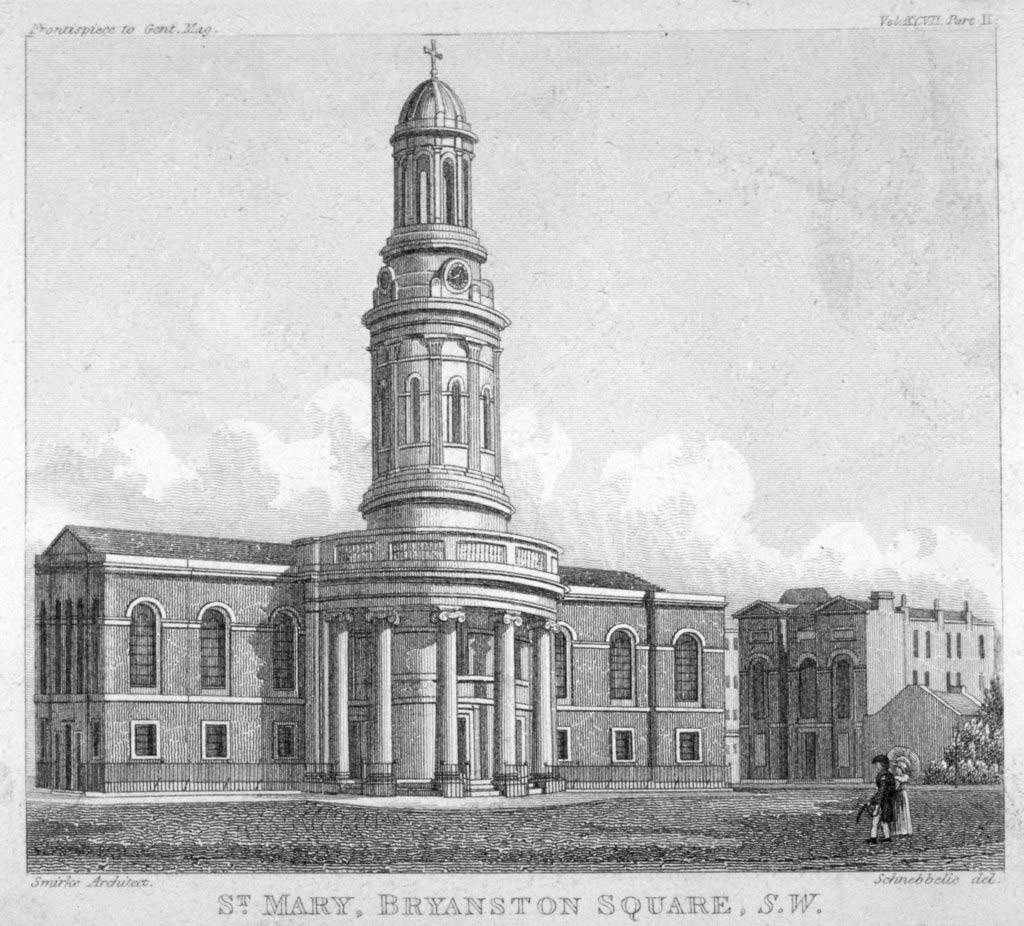 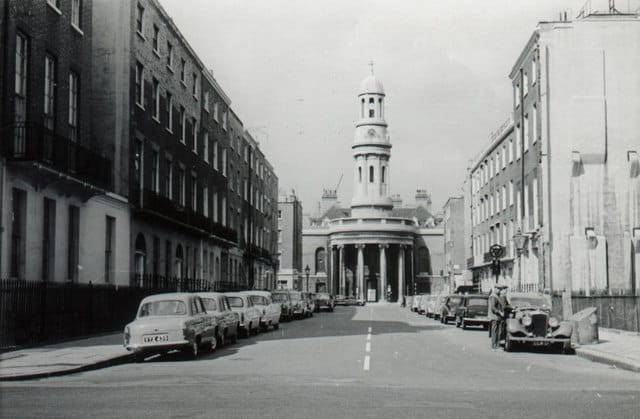